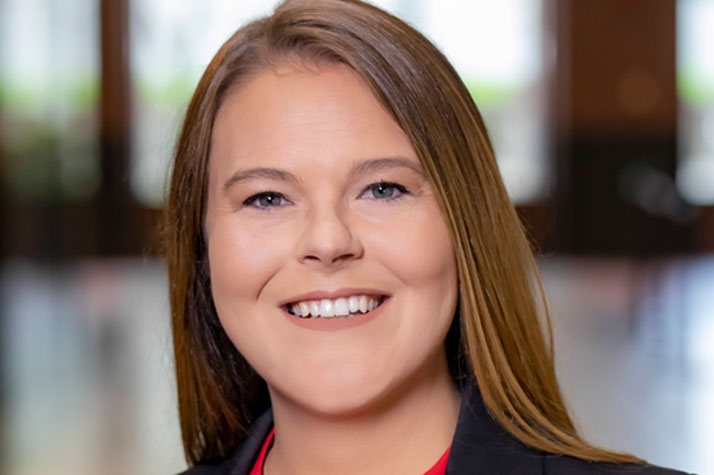 Alyse Rettich is a life-long resident of the Miami Valley, and enjoys a wide and varied practice at Freund, Freeze, and Arnold. Prior to joining the firm Alyse was a Montgomery County Prosecutor for five years where she was a docket attorney prosecuting felony cases of all levels including murder, and other serious felonies. As a felony prosecutor she engaged in constant negotiations between opposing parties to arrive at the best possible outcome, learning to deal with difficult persons under negative circumstances. Alyse has extensive experience practicing child protection law handling custody matters and safeguarding children in the juvenile court.

Her background in trial work gives her great insight into complicated cases and ever developing conditions, Alyse is accustomed to discerning and adapting to evolving environments, and successfully communicating with people in difficult situations. Who are often experiencing trauma and stress. Alyse’s trial experience and education provide her with the acumen necessary to dive into, scrutinize, and arrive at successful resolutions.

While at the University of Dayton School of Law, Alyse was chosen to mentor young law students as a Dean’s Fellow, leaders are students who demonstrated the highest potential for leadership, academic achievement, and diverse life experience.

These experiences exposed her to the importance of time management while also allowing her to learn and develop through intense competition yet a strong team environment. The skills she developed, honed, and utilized are the backbones of her success and have enabled her to form connections, and be accomplished in all avenues, personal and professional.

Alyse lives in Miamisburg and enjoys time spent with her husband Aaron, their son Leon as well as extended family. Alyse coaches for the Miami Valley Youth Soccer Association and loves coaching and mentoring young players. Alyse serves as the juvenile law co-chair of Dayton Bar Association Juvenile Law Committee, and as a Membership Chair for the Daughters of The American Revolution- Johnathan Dayton Chapter. In her spare time Alyse enjoys reading, swimming, and the outdoors.