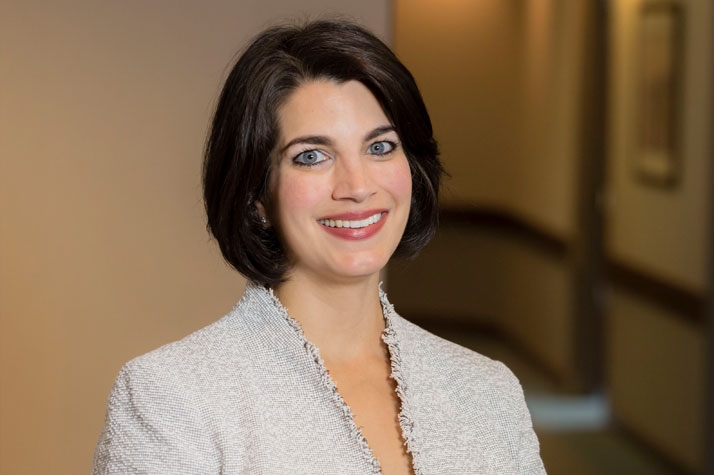 Anne enjoys a diverse civil litigation and appellate practice. Anne thrives on the challenges of defense litigation, representing individuals and corporations alike. Her trial experience includes the defense of a national corporation on remand of a multi-million-dollar punitive damage award, the successful defense of a young woman sued on a six-figure claim by an insurance company after a fire broke out at her apartment complex, and a unanimous defense verdict for a couple sued for fraud in the sale of their home.

In addition to her success in the courtroom, Anne has extensive experience briefing dispositive motions, achieving favorable decisions in numerous cases, among them a multi-million-dollar products liability suit. Anne has also conducted successful appeals in the Ohio Supreme Court, and Ohio’s First, Second, Third, Tenth and Twelfth District Courts of Appeals.

Anne holds an AV® Preeminent™ Rating. The AV®Preeminent™ Peer Review Rating is awarded to less than 5% of all attorneys across the United States and means that Anne “has been rated by Judges and fellow attorneys as having the highest level of professional ethics for legal ability and ethical standards.” One Judge described Anne as “a superb litigator” and a “fierce advocate … [whose] legal knowledge, both substantive and procedural, is broad and deep.” Local attorneys described Anne as “outstanding.” Anne was also named as an Ohio Rising StarSuper Lawyer by Law & Politics magazine many years running. The award is peer nominated, and only 2.5% of lawyers in the State of Ohio are named.

Anne is active in the legal community. Anne serves on the Board of Trustees for the Dayton Bar Association. Anne is a member of the Carl D. Kessler Inn of Court, having served as both its Programming Chair and President and on its Executive Committee. Anne co-chaired the DBA’s 2013 Bench Bar Conference and has served as Committee Chair for both the Solo/Small Practice and Appellate Practice Committees, as well as the Women in the Law Forum. Anne is a member of The Lawyer’s Club of Dayton.

Community commitment is important to Anne. Anne was named among the Dayton Business Journal’s Top 40 Under 40 for 2014. She served on the Associate Board for the Dayton Art Institute and on the Women’s Board for Dayton Children’s Hospital. Anne is now on the Board of Trustees for A Special Wish.

Anne enjoys time spent with her husband, Mark, and their two sons. The Keetons are avid basketball fans and were excited to cheer on the Virginia Cavaliers in their run to the National Championship in 2019!